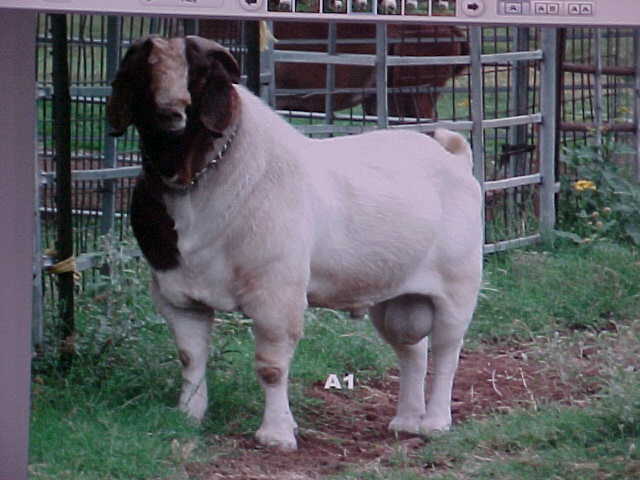 With out doubt A1 is one of the best bucks,
that ever lived at Circle R, a son of Ruger Reloaded out of the sister to Hummer. His first crop here 2014 mostly %, and  were all darn good, there were also 2 good Full bloods #34 Minnie Blue & #39 JuneBug..
In 2015  Xtra Shiny kidded STONE SOBER , and Clint Demmett had one single doe kid A1 SWEET SUMMERTIME  this doe with Clint has dominated the showring for 2 years,  also dominant is the % roan headed doe A1 Kristol Pistol . 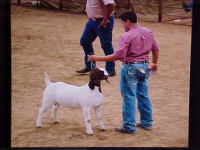 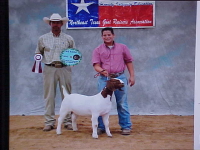 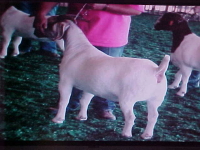 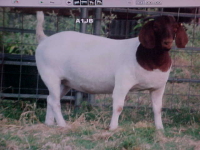 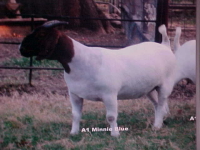 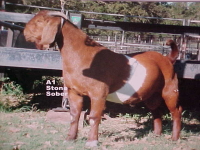 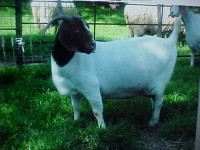 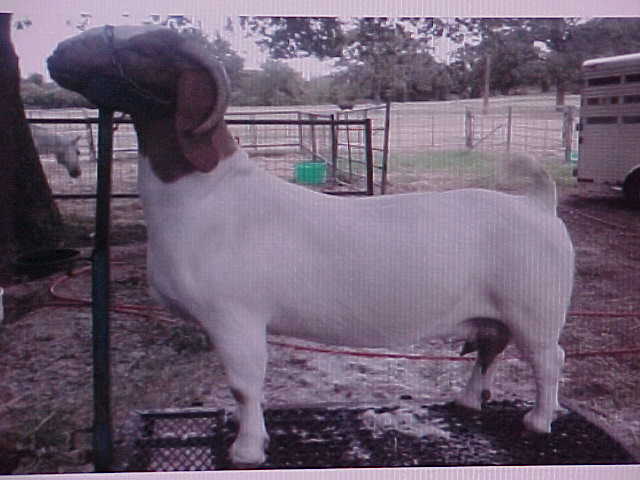 A daughter of RUGER RELOADED came to Circle R as a weanling, starting her show career at 12 months in FTW she was champion both days 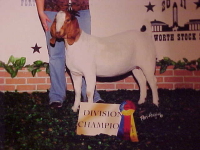 she went onto winning many more shows before kidding her first Champion son HI-OCTANE HUMMER..........Velvet was then bred to Ruger on Fire and produced an amazing single kid 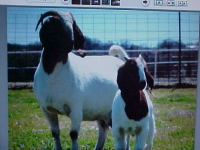 Ring of Fire himself a champion............Velvet then went back to the showring as a senior doe, winning just about all she was entered in including 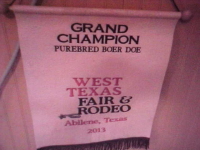 East Tx Fair - OKC, she was then  rebred to Hummer in the fall and 2014 produced HUMMERS WIDETRACK  then her best yet TEXAS EDITION & GRAND LADY VELVET both Champions  SADLY we lost Velvet after her last kidding, but she is also now ENNOBLED

Primo himself was a succesfull show buck winning Yearling Nat Champion, he has also produced Numerious Champion throught the USA, its no accident he is so good he is th Best son of Ruger Reloaded and an equally great doe. 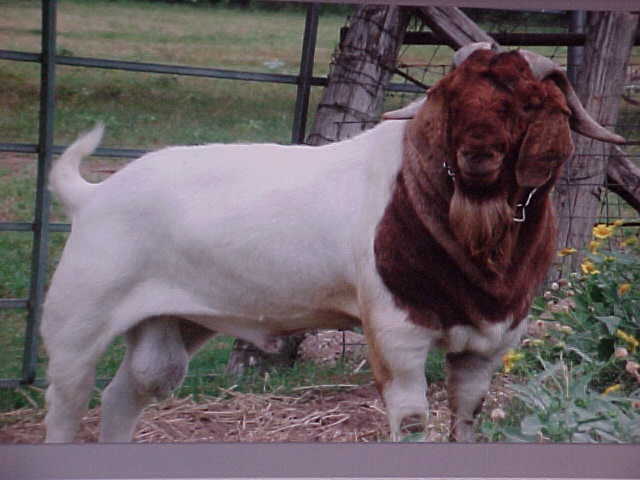 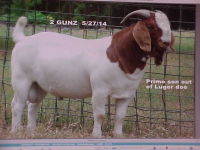 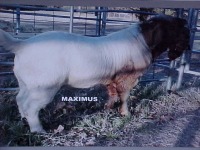 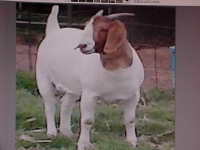 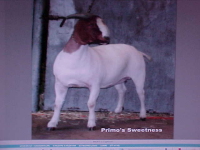 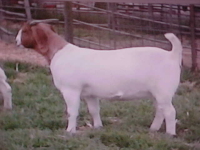 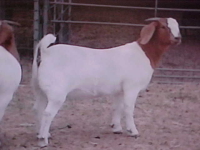 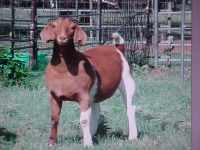