Top of the line % show animals still using the South African breed standards, they are BIG & impressive & win, Champion % are no accident here, they are designed & bred  too EXCEL in the showring. 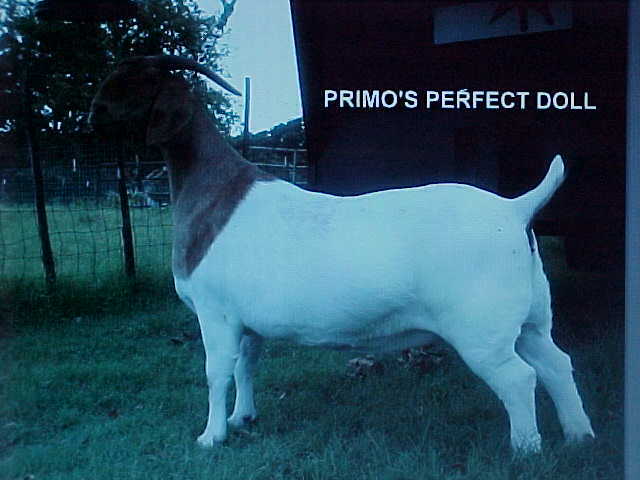 currently the #1 senior show doe, Primo has had a great run of being Champion all of 2019.

SNOW QUEEN #10831128 another white doe also heading to the show ring BOTH white does bred by the Late Coni Ross my friend of 20+ years. 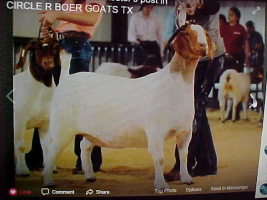 Shown for the first time Oct 2018, where she started her mass of championships thru to Dec 2018...….one of the best % does raised here, Wishes will continue to show  until she is 2

A Really nice DINERO daughter of ROANY, already been champion a few times,

has kidded a super Kool Kowboy, buck kid, (gone too Hawaii) and will be showing again. 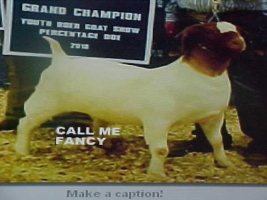 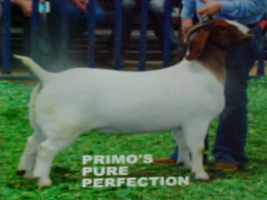 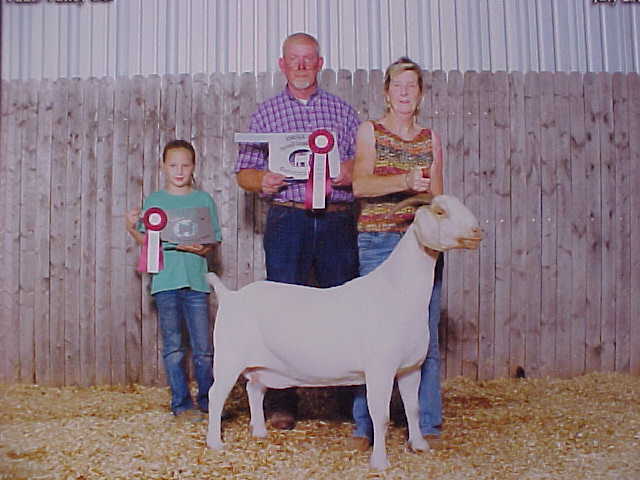 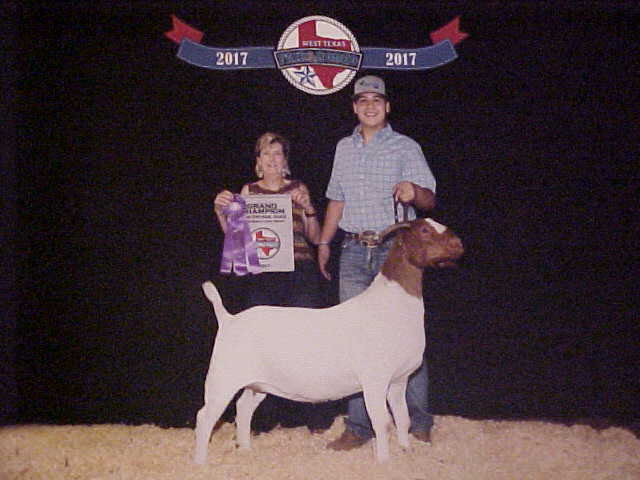 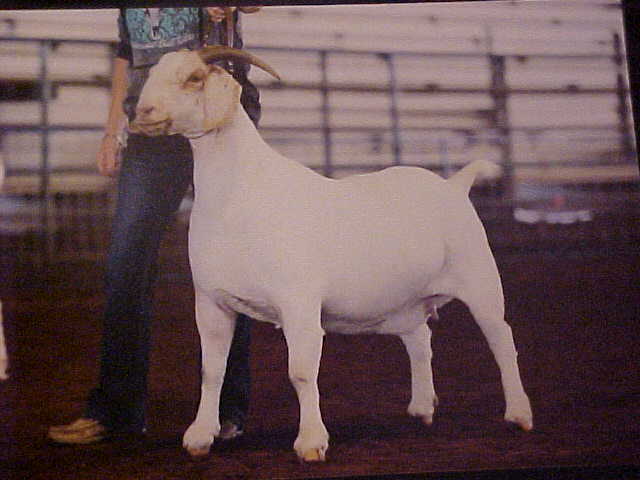 she has a sister owned by Clint Demmitt that has Multiple Champions.
Sire: Primo Profit Maker  see ref buck page 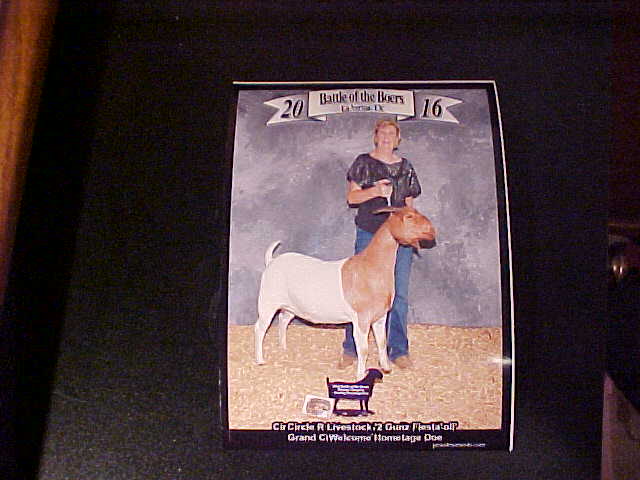 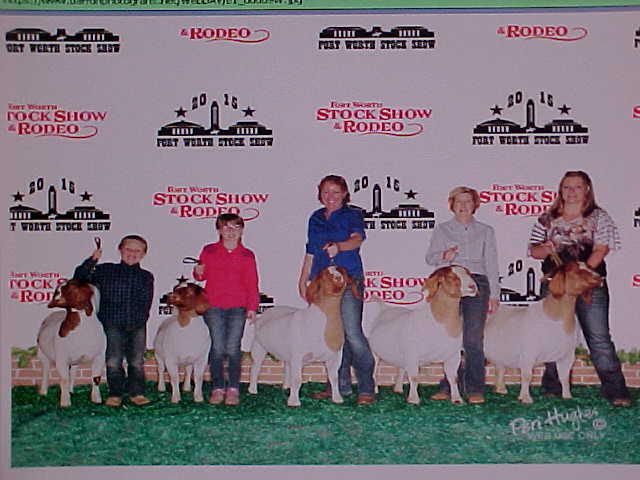 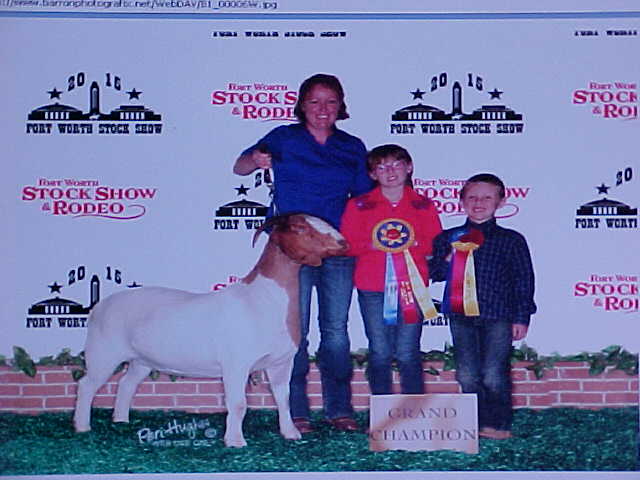 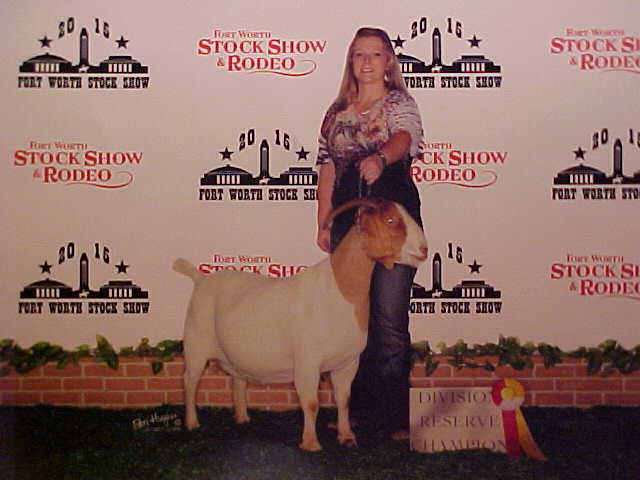 Now a senior and still winning, shown by our best showman
at FTW  Buffy. 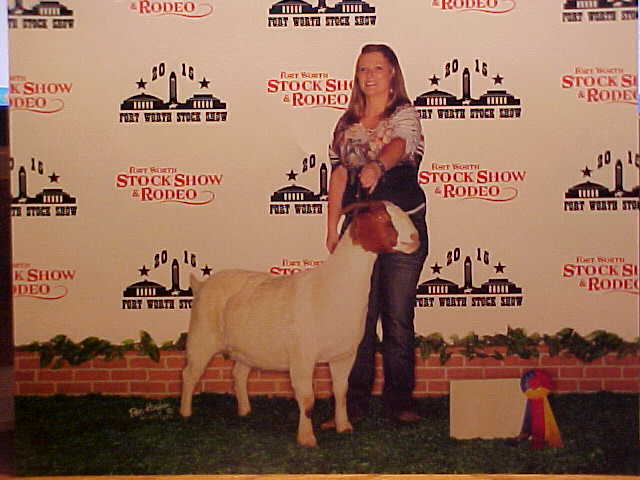 still a yearling and her best win to date, again shown by Buffy, Champion  again 2 weeks later at Cream of the Crop show.  Dangerous is bred to MAXIMUS (see buck page) 2  doe kids IMAX & MAXED OUT. 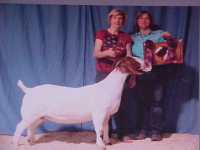 Standing at STUD in Indiana *CALL ME CEASAR* only son of this GREAT DOE. 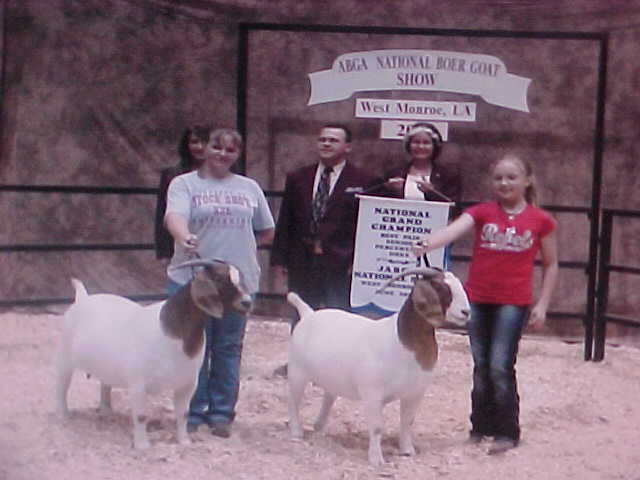 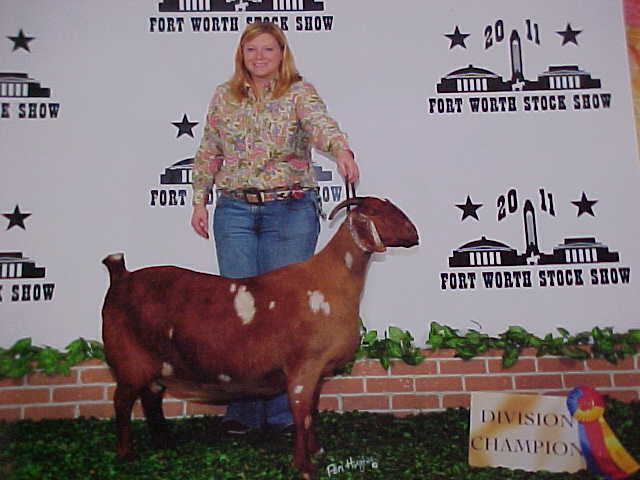 Multiple Champion over several years including IBGA Nationals & Ft Worth stock show, daughter of the gorgeous PLATINUM a Nubian/Codi X.
This doe is one of the Best Dappled does ever seen in the showring and always beautifully shown by Buffy. 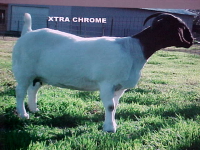 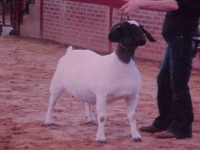 XTRA CHROME is superior daughter of XTRA LOAD, she has been first everywhere shown............... had a yearling Champion daughter PLATINUM FIRE .....& a new spotted headed baby *Silver Bells* . CHROME will be showing again 2015.
CHROME did it again a beautiful 2016 dark red headed doe kid with Spots......CHROME is now officially retired from showing & breeding.

last show with Circle R.......... 2013 Champion East Tx State Fair
2015  back showing  Senior Champion both judges,
Cream of the Crop show...…………….XTRA CHROME has an incredible dappled grandson about to turns heads in the showring. 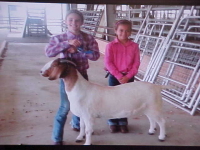 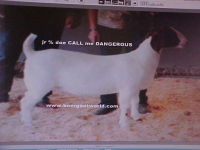 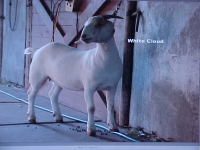 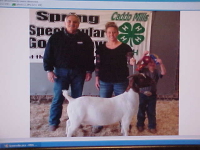 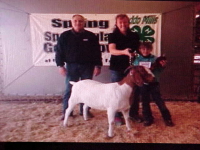 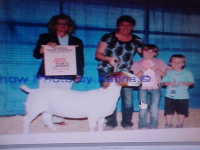 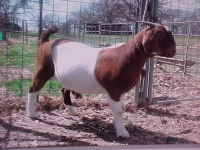 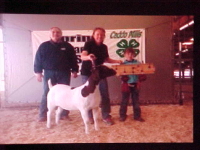 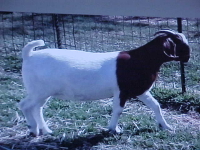 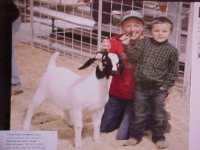