check him out on the Goat Feed Bags & mineral 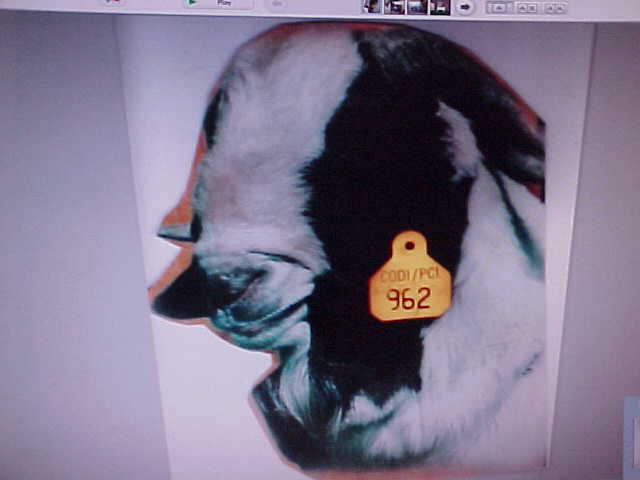 BULLDOG has proven over & over he can produce Champions and will continue to do so with Semen Sales..........maybe the last link to an ERA.

A FULL CODI/PCI pedigree that is second too NONE & maybe the ONLY
Codi/Pci semen available.

BULLDOG is in the pedigree of animals all over the USA , Europe & Asia and the Carribean islands, he truly was a great animal.

MAJIC was never shown but  is a prolific producer of SUPER females that have gone on to produce many CHAMPIONS to date &  to many to list.......
Todays buck............ "AGAINST the ODDS" grandmother was by Codi Majic

ALL CARRIED THE YELLOW TRIANGLE TAG that says CODI/PCI & a #.

The CODI/PCI were first and only LIVE imported Boer Goats to the USA from South Africa, NO COLORS i HAVE THE VIDEO, only 1 traditional buck may have carried the gene & he died early in the 90's.

Hand picked by Jurgen Shultz, with the help of 4 Investers

They took 6 long months picking slightly more than 400 goats, from the VAST herds of South Africa, picking only

the best Jurgen could not stress enough the quality & how GOOD they had to be, both bucks and does from many different location...... in South African you can tell where a goat came from by the slightly different look, of each breeder from

various regions, when they were satisfied with the selection the animals were Penned & cared for by Jackie Jordan at the Jordans Ranch, cataloged and tagged for shipping to Jurgens Ranch In Texas, via the Hot & Dusty Quaranteen facility,

which took its toll on these beautiful animals, several died there and several got bred, by the time they arrived at the ranch in TX, the numbers were slightly different.

Here they then flourished on the ample grazing and care and attention given by Shultz, who truly loved the Boer Goat herd he had put together, eventually for dispersing within America,

he was bound & determined to influence the many herds of ferrel goats in America by getting people to introduce these magnificeint animals, Jurgan truly had a vision about the Goats in America and the influence he and his CODI/PCI goats would have, not even Jurgen could have realized just how much

the Boer Goats would become a way of life for so many people in the USA.

ONE MAN ONE VISION & 400+ Special Boer Goats, who truly made there mark on todays Boer Goats in AMERICA .

CIRCLE R has kept that tradition, in the boer goats here in TX almost all the current show winners go back to that Codi base...........and also compilling  a  complete record of the #'s of the PCI animals (& corrected from the abga & ibga registrations, as many of the same animal were reg 2-3 times with a different number this is now corrected), and being input into a Registry Program, based in Texas.